A Day in the Life of a Teenage Samurai - Constantine N. Vaporis


Follow Mori Banshirô, a young samurai in training, as he studies the twin paths of literary learning and the martial arts.

The year is 1800 in the castle town of Kôchi, Japan. It’s just after sunrise, and 16-year-old Mori Banshirô is already hard at work practicing drills with his long sword. He is an ambitious samurai in training, and today he must impress his teachers more than ever so he can travel to the capital city for martial and scholarly studies. Constantine N. Vaporis outlines a day in the life of a samurai.

Lesson by Constantine N. Vaporis, directed by WOW-HOW Studio.
Posted by Lopez Family Martial Arts at 12:57 AM No comments:

Does martial arts teach your child self discipline? Yes it does.
Posted by Lopez Family Martial Arts at 3:30 AM No comments:


The most Martial Arts sword cuts in one minute is 73 and was achieved by Agisilaos Vesexidis (Greece) in the Municipal Summer Theater, in Komotini, Greece, on 25 June 2016.
Posted by Lopez Family Martial Arts at 3:29 AM No comments:

Meaning of Tang Soo Do

Meaning of Tang Soo Do

Literally translated, the word “Tang” refers to the T’ang Dynasty of China (AD 618-907) and reflects the shared cultural background between China and Korea. “Soo” means hand but implies fist, punch, strike or defense, and “Do”, while translated as “The Way”, implies the Korean classical martial art which was influenced by the T’ang method of martial art.

The origin of Tang Soo Do

The exact origin of Tang Soo Do, as well as any of the martial arts in general, is obscure though there are a number of historical theories, however, the most credible and traditional view is that martial arts originated not in any one country, but in almost all parts of the globe as they were needed by primitive people.

After a long series of wars, the Silla Dynasty united the three kingdoms in 668 AD. During this period of time, the primitive martial arts were useful in warfare. This is evidenced by mural paintings, ruins, and tombs which depict early forms of Tang Soo Do. Among the three kingdoms, the Silla Dynasty was most famous for its development of martial arts. A corps formed by young aristocrats called the Hwarang Dan was the major group instrumental in uniting the peninsula as the unified Silla Dynasty (AD 668-AD 935) and furnished many early leaders of that Dynasty. Most Korean martial arts trace their spiritual and technical heritage to this group. The names of arts reflect this heritage, such as Hwa Rang Do or Hwa Soo Do. Our Five Codes of Tang Soo Do, originated by the monk, Won Kwang, are part of that spiritual heritage.

The military leader Wang Kon came to power in AD 918. In AD 935, he successfully overthrew unified Silla to form the Koryo Dynasty (AD 935- 1392). The modern word “Korea” is derived from the name “Koryo”. Wang Kon ruled until 943 and became known as King Taejo.

In 1392, the Choson Dynasty (AD 1392-1910) succeeded Koryo and adapted Confucianism. The Choson Dynasty lasted about 500 years under the Yi ruling family. Together, Koryo and Choson cover almost a thousand years of Korean history.

During the latter Koryo and early Choson, tang Soo Do became highly popular among the military society and, more importantly with the general public. Kwon Bop, Tae Kyun, Soo Bahk, and Tang Soo were some of the martial arts names used.

In 1790, the “Muye Dobo Tongji” was commissioned. This classic text contains illustrations that substantiate the theory that “Soo Bahk Ki”, a formal name of Tang Soo Do, had developed into a sophisticated art of combat techniques.

The practice and teaching of martial arts were restricted during the Japanese occupation of Korea (1910-1945). After the end of World War II in 1945, restrictions were lifted and several martial arts training schools (Kwans) were established. Activity was again disrupted during the Korean war (1950-1953), with modifications occurring to some schools following the war. The major schools and founders (family name capitalized) are provided below:

Chung Do Kwan – SON Duk Sung (was under LEE Won KUK before the Korean war).

Various martial arts organizations evolved from these schools. In addition to “Tang Soo” other terms used included “Kong Soo” and “Tae Soo”. Master Hwang Kee founded the Moo Duk Kwan and opened his first school in Seoul, Korea on November 9, 1945. In 1957, he started promotion of “Soo Bahk Do” and the Korean Soo Bahk Do Association was successfully registered with the Korean government on June 30,1960. In 1965, various Korean martial art systems were uniformly named “Tae Kwon Do” and unified under the Korea Tae Kwon Do Association. As a Korean national sport, Tae Kwon Do initiated a new era; instructions were dispatched throughout the world and international tournaments were held. In those days, Tae Kwon Do and Tang Soo Do were divided principally with Tae Kwon Do focused on sports competition and Tang Soo Do continuing as a traditional martial art, emphasizing development of the whole person.
Posted by Lopez Family Martial Arts at 2:35 AM No comments:

In this talk, Dr. Steven Glass explores the utilization of principles from martial arts in his practice of clinical psychology. Steven Glass, Psy.D. is a doctor of clinical psychology in private practice and is currently CEO of The Glass House, a psychological corporation. Steven began his career in psychotherapy working with cancer patients and their families and later developed a specialty in treating addiction. He ran groups privately and for Promises Treatment Centers and taught courses at the graduate level for many years including courses in substance abuse, psychopathology, and counseling process. In his psychological practice, Steven is currently most interested in the utilization of non-ordinary states of consciousness and creative experiences in the transformation of consciousness and the integration of principles from martial arts into his work with patients
Posted by Lopez Family Martial Arts at 1:37 AM No comments:

To Overcome Challenges, Stop Comparing Yourself to Others | Dean Furness


When you stop comparing yourself to others, you can accomplish great things, says wheelchair athlete Dean Furness. He shares how, after losing the use of his legs in an accident, he discovered a powerful new mindset focused on redefining his "personal average" and getting better little by little.
Posted by Lopez Family Martial Arts at 1:36 AM No comments:

How Martial Arts Is Beneficial For Kids


Martial Arts is a 4,000 year old art form, known for improving the body both physically and mentally. But as much as it benefits adults, martial arts training can be highly beneficial for kids too. Martial Arts instructors Khalil and Sulei Johns give us a karate demo, along with a few of their students. They also share a defense technique for your child if apprehended by a stranger.
Posted by Lopez Family Martial Arts at 4:10 AM No comments: 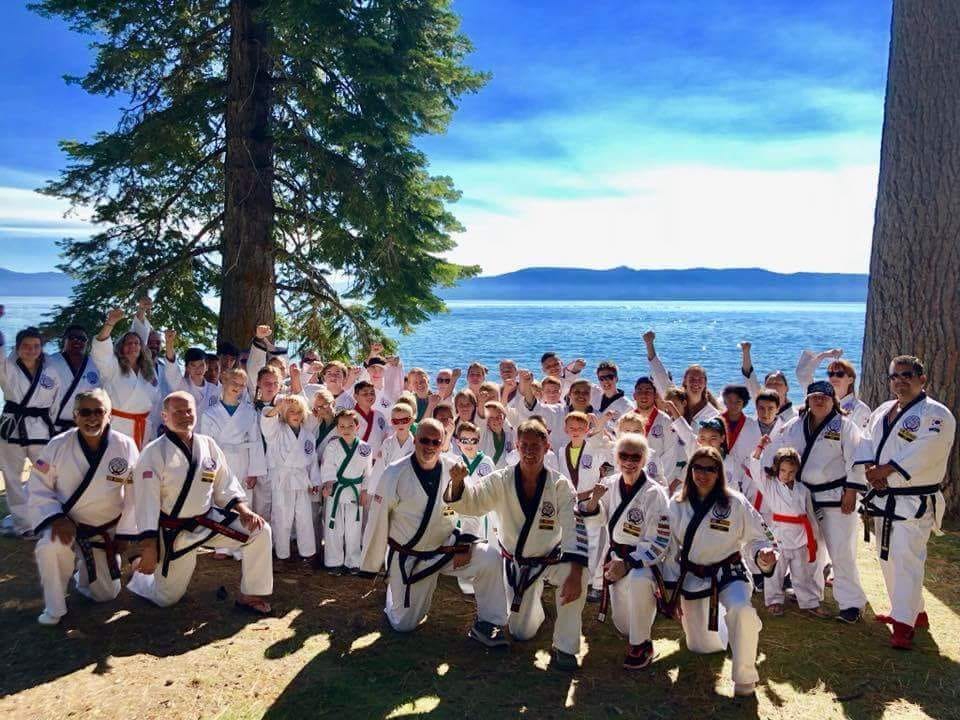